COPD, a disease of the lungs that obstructs regular breathing, is shown to be on the rise in the United States. Glaxosmithkline, (GSK) one of the worlds leading healthcare pharmaceutical companies, recently implemented a global survey for those living with COPD, the third leading cause of death. In the last decade, COPD has risen to affect approximately 6-7% of adults over the age of 40. It is beginning to affect more women and non-smokers than before. This could be a result of pollutants in the atmosphere but it is not for certain.

As patients, caregivers and the healthcare community come together in support of World COPD Day (November 19), a GSK global survey of people living with chronic obstructive pulmonary disease (COPD) sheds new light on the growing burden of COPD in the US. GSK’s “Continuing to Confront COPD International Patient Survey” explores changes in COPD prevalence and disease burden, comparing data from the current study with GSK’s original “Confronting COPD” survey conducted ten years ago.[1],[2]

COPD is a growing problem in the US and in one decade has risen from the fourth leading cause of death to the third, after heart disease and cancer.[3] Data from the survey suggest that COPD prevalence has also increased from a decade ago, from six to seven percent of adults ages 40 years and older.

The burden of COPD on patients and the US healthcare system was also high. Twenty-six percent of US participants reported visiting the emergency room as a result of their COPD, with an additional 17 percent hospitalized within the last year – a statistic similar to that reported in Mexico, and higher than those reported in most European countries surveyed.

The survey also revealed that many patients may be underestimating the severity of their symptoms. While more than half (54 percent) of US participants reported clinically significant dyspnea (shortness of breath), the majority (70 percent) classified their COPD as only mild or moderate in severity, demonstrating a disconnect between the level of symptoms and their own subjective assessment of the disease.

“Given GSK’s 40-year heritage in the respiratory disease area, we were keen to follow up on our decade-old landmark study—the first COPD cross-national, population-based survey of its kind—with an update that helps provide insights as to how the disease and its management have evolved over time,” said Kourtney Davis, PhD, MSPH, GSK’s lead global epidemiologist on the survey.

“From these findings we see that the face of COPD is changing,” added Davis. “Traditionally, COPD was considered to be a disease of elderly male smokers, but now, more women than men  report having COPD, and about a quarter of patients have never smoked.”

In the US, the number of females affected by COPD (7.1 percent), was notably higher than males (6.2 percent). As a result, physicians may want to consider additional evaluation when women present with respiratory symptoms, recurrent respiratory infections, or fatigue, to assess COPD and improve outcomes. The percentage of US participants who were identified as “never-smokers” was 25 percent – giving researchers reason to explore additional risk factors, such as environmental or occupational exposures, and asthma, as well as consider whether symptomatic non-smoking patients need early screening and access to recommended disease management.

Geckocap is a better method to manage your asthma medication. Find out more here

A recent study conducted by Dr. Robert Wood, of John Hopkins Children Center in Baltimore concluded that keeping a home too clean can potentially cause future allergy and asthma flare ups in children. The study was published on June 6th in the Journal of Allergy and Clinical Immunology. It specifically stated that in the first year of an infants life, it is important to expose the child to a certain level of germs and bacteria in order to develop their immune system and prevent asthma.

The study tracked 467 newborns in urban communities from womb to birth and years down the road. Results showed that 41% of the children, who were allergy free, were exposed to a significant amount of bacteria in their household.

Atlanta, Ga. (CBS Atlanta) – You may want to think twice before breaking out the ole’ duster.

In a recent study out of Johns Hopkins Children’s Center in Baltimore, keeping your home too clean may lead to asthma and allergy complications later in life for children.

In the study published June 6 in the Journal of Allergy and Clinical Immunology, researchers found that infants are far less likely to suffer from asthma or allergies later in life if they are exposed to household germs and bacteria as well as allergens from rodents, roaches, and cats in their first year of life,according to Healthy Day.

Dr. Robert Wood, co-author of the study and chief of the Division of Allergy and Immunology at the Johns Hopkins Children’s Center, looked at 467 newborns in inner-city communities across Baltimore, Boston, New York City, and St. Louis and tracked their health from the womb, to birth, and through the years.

Dr. Wood found that about 41 percent of children in the study without allergies grew up in households rich in allergens and bacteria.

END_OF_DOCUMENT_TOKEN_TO_BE_REPLACED

Check out this informational graphic on the impact of asthma

Asthma symptoms vary depending on a few major factors, one of them being seasonal change. With spring time approaching and children going outside to play in warmer weather, it is important to review prevention methods. A recent article posted by Dr. Michael Rosenthal on Delaware online provides a good overview.  Spring brings with it a slew of new triggers that can impact asthma. These include air pollution, pollen and increased exposure to animals. Thus, medication adherence is especially important during this time as it could prevent dangerous symptoms.

Childhood asthma is the most common chronic disease in children, and can occur year-round. Now that spring has arrived and children are heading outside to play, it’s a good time to consider the impact and dangers of this disease, as well as how to protect against asthma attacks.

Asthma is a chronic lung disease that inflames and narrows the airways, causing wheezing, shortness of breath and coughing. The smaller airways within the lungs have a hard time moving air in and out, making breathing difficult.

Causes of asthma range from genetics to allergens and pollutants. No cure for asthma exists, although some children have fewer symptoms as they get older only to have it recur later in life due to certain triggers.

More than 7 million children nationwide have asthma. The disease accounts for more hospitalizations than any other childhood illness and more than 3,000 childhood deaths each year.

Aside from the health problems, asthma can affect learning and school performance. Among children ages 5 to 17, it is the leading cause of absences from school related to a chronic illness. Children with asthma miss an average of eight days per year, according to the Asthma and Allergy Foundation of America.

END_OF_DOCUMENT_TOKEN_TO_BE_REPLACED 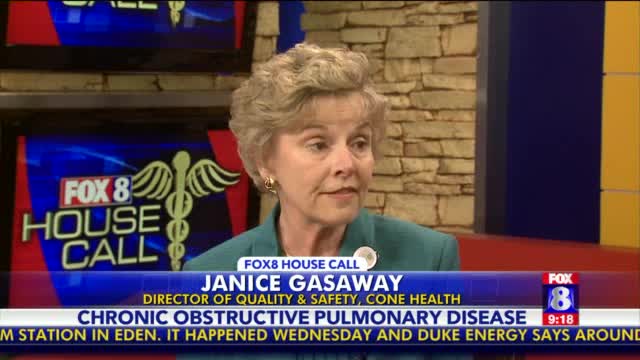 The following article offers information regarding COPD and how to avoid it during the spring months.

CTVNews Canada recently posted an article addressing one of the most pressing concerns in respiratory health today: An increase in asthma and allergies in children. So far, researches have been unable to come up with a direct cause, however in recent studies, pollution and other environmental have been linked to the problem. Currently, around 3500 children, all of whom were born after 2010, are being monitored for asthma and allergy symptoms. They have been tracked since birth and will be tracked well into their adolescent years. Since global asthma rates have been skyrocketing for the past 40 years, information divulged from this study will help scientists find out why this has been happening.

Canadian researchers say the dramatic increase in asthma and allergy rates among young children may be linked to environmental factors.

For their “Canadian Healthy Infant Longitudinal Development” study, or CHILD for short, scientists are keeping track of 3,500 children living in Vancouver, Edmonton, Winnipeg, Toronto and Hamilton, Ont. These young subjects, all of whom were born after 2010, are helping researchers understand why so many young children across Canada are developing allergies and asthma.

“Really it’s happening too quickly for it to be a simple problem of genetics,” University of Manitoba researcher Meghan Azad told CTV News.

“Our genes don’t evolve that fast, so it’s got to be something in our environment.”

Azad is one of 44 researchers across Canada taking part in the longitudinal study, which will be completed in two years.

“The CHILD study has asked questions about environment from pregnancy through childhood, and made home inspections collecting house dust for measurements including allergens and mold,” the study’s website explains.

Around the world, as many as 250 million people suffer from food allergies, the World Allergy Organization estimates.

“The occurrence of food allergies continues to rise in both developed and developing countries – especially in children where the incidence is estimated to be five to eight per cent compared to adults at one to two per cent,” the WAO said in statement.

And it’s not just food allergy rates that have been skyrocketing. Global asthma rates rates are also on the rise.

According to the European Lung Foundation, the prevalence of asthma has increased 50 per cent every ten years over the past 40 years. In Canada, the Asthma Society of Canada estimates three million people have asthma.

To unravel the mystery behind the rapid rise in asthma and allergy rates, researchers taking part in CHILD have been tracking their tiny subjects since birth. They are collecting everything from cord blood to stool samples to examine how genetic predisposition and environmental factors can influence the development of allergies and asthma.

“We’re collecting information about maternal stress because they think that plays an important role,” CHILD researcher Rishma Chooniedass told CTV News. Chooniedass adds that their subjects’diet is also being examined.

Once completed, researchers believe the study will also shed light on other problems currently on the rise, including childhood obesity, diabetes and cardio vascular disease.

Link to the original article

Geckocap is a better method to manage your child’s asthma medication. Find out more here

NBC published an article covering new research currently being carried out by Dr. John Mastronarde and his team at the Ohio State Medical Center. The study aims to find the optimal amount of medication for each asthma patient. This research is essential in the asthma medication space due to over-medication creating unnecessary costs and health hazards. The study will examine combinations of inhalers and medicines to find the most effective dose levels at various situations.

“With 26 million Americans taking asthma medicines at a cost of $150 million a day, a new study seeks to determine how to change the fact that many of those patients are taking too much medicine.

Dr. John Mastronarde and his colleagues at Ohio State University Medical Center are researching how to get patients on the lowest dose of asthma medicine possible.

He said the drugs can cost patients between $3 and $500 per month.