Medication non-adherence is estimated to cost the U.S anywhere between $180 to $400billion dollars annually. Many in the industry view technology as the solution to increasing adherence in patients and cutting healthcare costs. USA Today recently wrote an article on the subject and how the Affordable Care Act could prevent unnecessary costs in the industry. These include penalties for patient readmission with preventative illnesses and the increased use of healthcare information technology in administrative processes.

“WASHINGTON — In 2014, expect a flurry of changes to continue to bend the health cost curve down, accelerated by the Affordable Care Act, experts say.

Even die-hard believers in the connection between the economy and how people spend on medical expenses are saying this may be the year that proves them wrong, as providers and insurers rush to make changes to keep profit margins high in light of changes in how they’re billed. They’ll be led by improved technology that helps them see how to improve quality; preventive programs that have proven they can save millions in long-term costs; and an acknowledgement that consumers hold the purse strings.

“There is a considerable level of consensus based on several recent studies about how to keep costs down,” said David Blumenthal, president of The Commonwealth Fund, whose report looking at recent research was released Wednesday in the New England Journal of Medicine. “I think there’s a lot of work to be done.”

END_OF_DOCUMENT_TOKEN_TO_BE_REPLACED

A blog on the Dallas section of BizJournals recently covered a new collaboration between Children’s Medical Center and a non-profit research and development firm called PCCI.

The collaboration includes two major projects which aim to develop predictive modeling and networking technologies to alleviate health concerns in children. The first project deals specifically with chronic asthma. One of the most difficult factor to assess in healthcare is risk. Thus, striving to better understand risk factors in children with chronic asthma could significantly reduce future health problems.

The first project focuses on helping children with chronic asthma, which is the third-leading cause of pediatric hospital re-admissions nationally and a significant cause of admissions and re-admissions at Children’s Medical Center.

END_OF_DOCUMENT_TOKEN_TO_BE_REPLACED 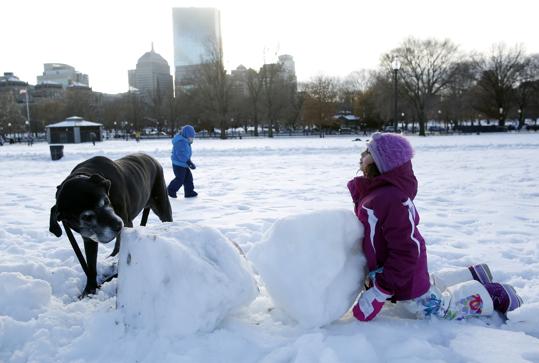 Rachel Starr, 7, of Boston gets some help from her dog, Violet as she tries to build an igloo on the Boston Common on December 15, 2013. (Jessica Rinaldi For The Boston Globe) (Taken from the Boston Globe)

The Boston Globe recently published an article on their blog covering a study that researched potential health benefits from having a dog at home. Results showed that a specific bacteria, carried by dogs, has a positive effect on immune systems in young children. Thus, it becomes less likely that they will develop allergies and asthma.

The study examined mice exposed to dust from a dog-free home and from a dog owners house. The later were less susceptible to developing reactions from common allergens. The research, currently in early stages, could potentially provide a new method in coping with asthma and allergies.

“While allergies to pet dander certainly keep many families from owning dogs, it turns out having man’s best friend as a pet might actually protect babies from developing allergies and asthma in the first place. A new study conducted with mice could explain the reason why: dust from homes with dogs has a higher amount of beneficial bacteria. This helps establish a balanced immune system in a child that’s less likely to attack harmless allergens.

Previous research suggests that the establishment of certain gut bacteria in the intestinal tracts of newborns could affect their development of asthma later in childhood. Certain harmful bacteria associated with the use of antibiotics, for example, were found by European researchers to increase a child’s risk of asthma, while living with a dog or cat in the house was found in other studies to decrease the risk.

END_OF_DOCUMENT_TOKEN_TO_BE_REPLACED

Asthma cases have been increasing at a steady rate over the last decade. This year around 25 million Americans are diagnosed with the disease yet a significant number of them are misdiagnosed. Indeed, CBS News covered recent asthma studies showing that 25 to 30 percent of patients with asthma in fact do not have the disease. Most of these misdiagnoses are due to similar symptoms coming from other underlying illnesses such as acid-reflux.

As CBS 2′s Dr. Max Gomez reported, recent studies show that while 25 million Americans have been diagnosed with the disease, a starling number don’t actually have asthma.

Asthma is a potentially life-threatening disease that can cause wheezing, coughing and shortness of breath. But about 25 to 30 percent of patients are misdiagnosed, according to recent studies.

END_OF_DOCUMENT_TOKEN_TO_BE_REPLACED

Influenza is a common illness during the colder months of the year. However, if not taken care of properly, it can become severely detrimental to your health. Asthmatics are at an increased risk of complications from influenza, yet a study from the CDC shows that they are taking too few preventative measures, especially with flu shots. Only half of asthmatics get flu shots, which is well below the percentage target for that demographic.

The federal government targets a 90% flu shot rate for asthmatics and an 80% rate for children ages from 6 months to 17 years.

The study is posted in the Dec 6th Issue of the CDC’s Morbidity and Mortality Weekly Report.

Geckocap is a better method to manage your child’s asthma medication. Find out more here 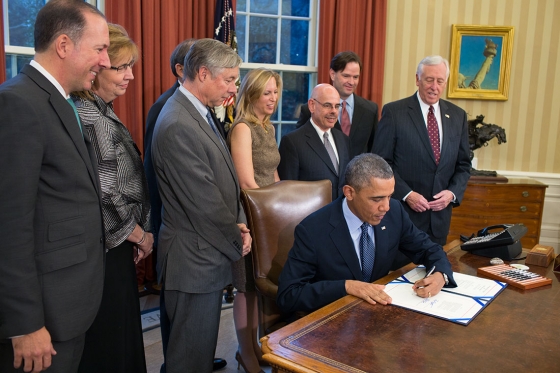 When children are at home it is easier for parents to help manage their illnesses. However, since children spend most of their time in school, it becomes difficult to consistently keep a watchful eye over them.

President Obama recently signed a new EpiPen law to ease the minds of such worried parents. This law dictates that schools will be eligible for further funding if they abide by newly set policies regarding epinephrine autoinjectors, or EpiPens for short. These EpiPens are used for severe allergic reactions that are rapid and can potentially cause death.

“Today in the Oval Office, President Obama signed into law the School Access to Emergency Epinephrine Act, which will encourage schools to plan for severe asthma attacks and allergic reactions, and provide millions of families with greater peace of mind.”